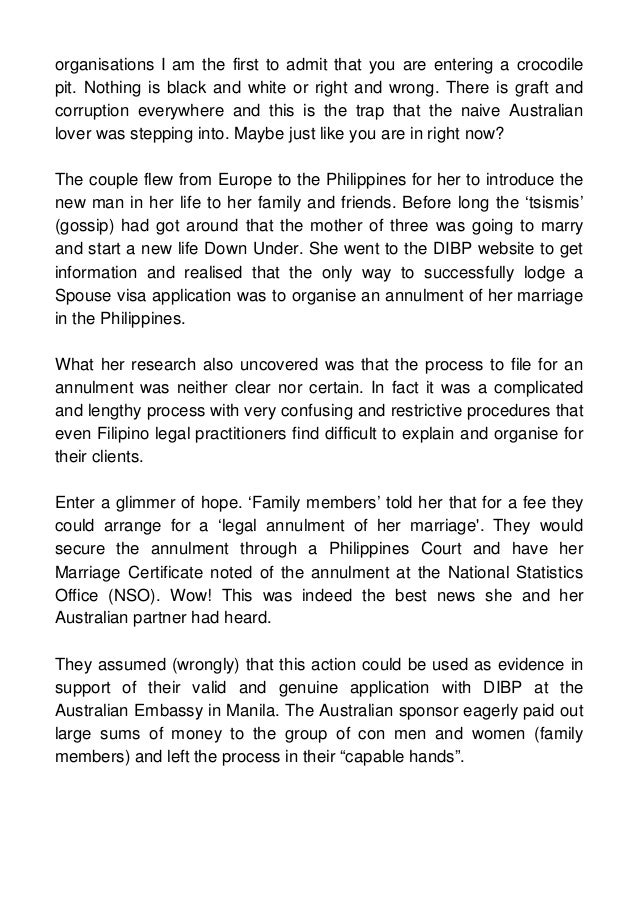 
I began to think that this was my new normal.

Thankfully, eventually, the rage subsided. The job undeniably has a dark side, but it also instils an appreciation of the lives of people who seek asylum, and of the world they left behind. You gain an understanding of their often complicated and ambivalent relationships to their home countries and their sense of loss over those they left behind. The tragedy of people losing their lives becomes individual tragedies. More than the numbers by themselves, this is the reason I will never support irregular migration to Australia. Besides, 90 per cent of them end up being refugees anyway, right?

I thought to myself when applying. After four months of working on a seemingly endless stream of unmeritorious Sri Lankan cases, I was painfully aware of just how naive I had been. Everything I thought I knew about the issue had been completely upended. I had no idea what to think or really what I believed. I remember the Rudd announcement quite distinctly. A few colleagues had gathered in the breakroom to watch.

The immediate reaction was muted. No one said much of anything. The only question in our minds was what, and now we had the answer. Personally, my only thought was Makes sense, but they need to start working on a more durable long-term solution immediately , before quietly heading back to my desk.

At that point I genuinely believed the response was necessary to stop a continuing humanitarian catastrophe. Five years later I no longer believe the ongoing refusal to resettle those on Nauru and Manus in Australia serves any purpose. My doubts began to form during my trip to Nauru several years ago. At the time it was common for department officials to travel to the islands. I was only deployed for a short period, but it made a significant impression on me.

I will, however, make two observations.


Often I found myself staring out at where the waves start to break, just 10 metres from the shore, and being painfully aware of how far from the nearest landmass we were. It felt like the world ended where those waves broke and that nothing else existed, or could exist.

It was a deeply uncomfortable feeling, and I was more than ready to leave when my time was over. The second observation is that even these shores were off limits for all but Nauruans. In a briefing we were told that the E. Foreigners are confined to swimming in the harbour, a small concrete enclosure in Anibare Bay on the east side of the island.

I am well aware that these observations are trivial compared to the well-documented issues on the island. You are constantly aware that you do not belong. Nauru may be home for Nauruans, but it never could be or will be for the majority of asylum seekers and refugees interned there. On Nauru I met a man who started to shake my faith in the system. He was essentially the same as the man I had interviewed in my first year working with the department. His eyes were constantly unfocused; he was only ever partially present. I saw pictures of him in his life before Nauru. They showed a happy man almost unrecognisable compared with the gaunt, haunted apparition now in front of me.

Nothing I knew about his past could explain his transformation. The conclusion was inescapable. We had done this to him.


He was indistinguishable from the most damaged torture victim I have ever encountered. My time on Nauru left me rattled, but at that point I still supported current government policy. I could not, in good conscience, support a change to policy that would restart an industry that profits from the senseless and needless loss of human life. I never will. What it did show me, though, was that there is no way to engage with the issue of asylum seekers in any serious or meaningful way without being deeply morally compromised.

All of the time.

Properly constituted, the global asylum-seeking problem is simple and awful. People have an absolute right to seek protection. However, the unfettered expression of this right in first-world economies leads to higher rates of speculative asylum-seeking, fraud and, ultimately, avoidable deaths. Most people in Australia focus on one half or the other of the asylum-seeker equation, which is understandable.

To accept that all the considerations matter and none can be disregarded is to deprive yourself of the comfort that moral certainty provides, and for this to be replaced with gnawing doubt and a certain heaviness. When you start carrying that weight, you find you can never really look away or reach a satisfying conclusion. You keep staring at the issue from different angles, trying to find some kind of resolution that sits comfortably within you. Finally, however, if you pay that level of attention to the issue for long enough, it becomes apparent that refusing Australian resettlement to those on the islands is unnecessary.

Essentially the system as it stands relies completely on boat turn-backs. According to figures on the Parliament of Australia website, there have been 33 turn-backs of boats carrying people since the policy began in December If those people had had to be accommodated on Nauru and Manus, the offshore detention solution would have collapsed under its own weight.

From a brutal efficiency perspective, the current turn-back regime has been a wild success in both preventing arrivals and deterring attempts. Since the start of the policy no boat has managed to avoid interception in the Indian Ocean, where the majority of people-smuggling activities have taken place. I am not suggesting that it is pleasant, nor that a better solution cannot eventually be found, simply that out of all the solutions we have tried this is the one that causes the least damage.

It raises a serious question. If turn-backs are so effective, why do the more damaging aspects of the deterrence regime persist? The first myth in which we are trapped maintains that any kindness, any whatsoever, will restart the industry. The second is that people smugglers are capable of sending large numbers of boats to Australia at short notice, enough to overwhelm any possible solution.

Although from an organisational point of view the latter may be true, it grossly overestimates the ability of people smugglers to convince people to attempt the trip. Their hostel accommodation thus was ready and waiting unless they continued on their journey to other jobs, full board and lodging with their first employer.

Many of these new arrivals were professional and middle—class people, ex-officers, and tradesmen; very few were without skills. Most of them arrived with their families, and were willing to work hard and attain success in their field, becoming affluent in a relatively short period, despite the hardship of their first years as assignees in jobs unrelated to their skills. The majority spoke little English, barely sufficient to hold a basic conversation, let alone to engage in discussion with English-speaking Australians.

Once released from the two-year work bond, the ex-DPs were independent and free to pursue their aspirations, move about, change jobs, and work and live anywhere in the country, thus becoming equals in a free Australian society. These post-WWII migrants laid the foundation of an Australian Hungarian community which was to be an example for the fourth wave of refugee-migrants who arrived less than ten years later, after the collapse of the Hungarian Revolution of The fourth wave of Hungarian migration began after November , again through refugee holding camps in Europe, and followed the suppression of the Hungarian Revolution against communist tyranny and the Soviet hegemony.

This national uprising was crushed by Soviet-Russian military invasion and brought a closure of the borders, but not before , people had managed to escape to the West, mainly to neighbouring Austria, as vulnerable and stateless refugees under United Nations protection. Their fares to Australia were funded by the Australian tax-payer, but unlike the situation facing earlier refugees, there was no impost of a two year work contract.

At the time, jobs were plentiful in the country and, despite their lack of English language skills, most of them soon managed to find jobs and establish careers in their trades and professions. Singles by far outweighed families on arrival and there were more men than women among them.

Most were ambitious, tireless workers, some working in two jobs in order to make ends meet and purchase property. The ers often benefitted from the support and experience of fellow Hungarians who had arrived less than 10 years earlier, and were already established in their suburban homes with their families, and on the way to modest prosperity. These two groups became united and active, to nurture their common ethnic heritage, speak their language, and participate in social and cultural events.

Biographic data is available for the following notable er profiles from the ADB and OA websites:. Derera OAM b. In the capital cities, Hungarian communities remain active through their long-established and well-run associations. On these special occasions patriotic oratory is the order of the day in keeping with the spirit and heritage of the assembled. 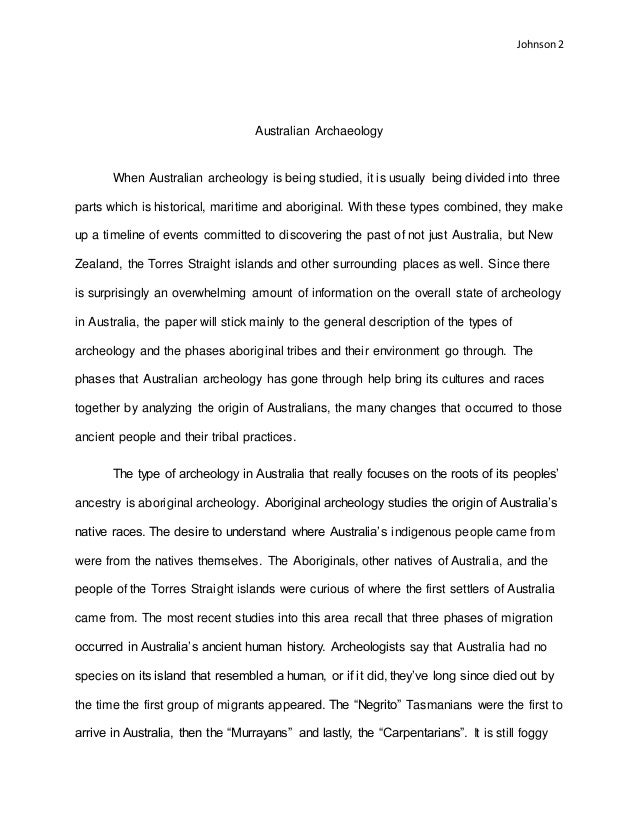 The Australian and New Zealand Cultural Convention, a triennial Hungarian cultural festival, has been rotated between capital cities of the mainland since Attended in large numbers, the event brings together Hungarians from every part of Australia to bond in camaraderie and enjoy a rich, colourful and vibrant program of concerts, art and craft exhibitions, performances by interstate dance groups and solo artists.

This recurring expression of identity reflects the desire of Hungarian Australians to nurture their heritage and renew their common connections.